Scottish Wildlife Trust describes Carsegowan Moss as "one of the best examples of a lowland raised peat bog in Galloway. Cranberry and bog rosemary grow in the Sphagnum carpet and adders bask in the heather. Hen harriers, merlins, short-eared owls and barn owls can be seen occasionally hunting across the bog." 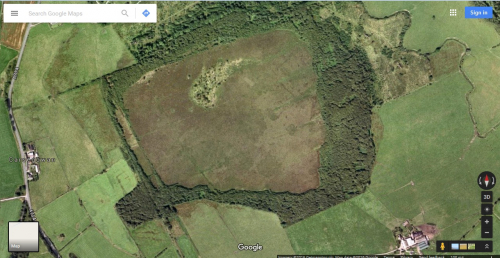 Personally my initial impression was that it was a bit creepy. We accessed it by walking through a long abandoned military airfield and munition concrete stores. The bog itself is bounded by rusty metal fence posts. The standing dead trees in the centre and the discovery of a boar skull added to the eerie atmosphere. 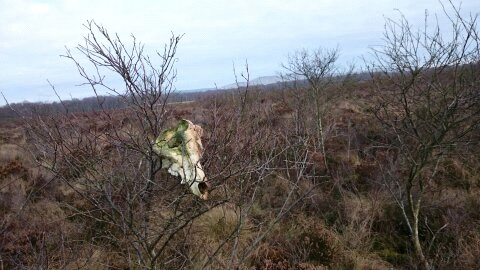 Reserve Project Officer, Chris Archbold and his apprentice met us at our weekend accommodation of Stronard Outdoor Activity Centre on the Saturday morning and we travelled to the site. He explained that peat dams had been constructed by a JCB to retain more water in the bog. This was better than hammering rigid plastic sheeting in as water always found its way past such constructions. This new technique of peat bunding was funded by the Peatland Action Fund to restore Scotland's peatland.

The bog is bounded by Scotspine, Birch, and Spruce woodland. Left unchecked wind blown seeds would quickly grow and in a few decades the bog would be no more. So our mission was to walk across the bog and pull up saplings and small trees. Many of the small trees were not so small and had to be dug up with spades. The trees that that regrown from larger stumps left from previous cutting were particularly hard to get out with the roots attached. Bog Myrtle is a natural midge repellant but I found it difficult to distinguish it from the birch and had to smell it to tell the difference. Bog Myrtle buds or leaves have a sweet oily smell when crushed. Our new tree popper proved very useful in the expert hands of David and Heili.

The first day was mainly dry. Towards the end of the day the sun broke through the clouds just above the dead standing trees making a dramatic scene which I tried to capture. 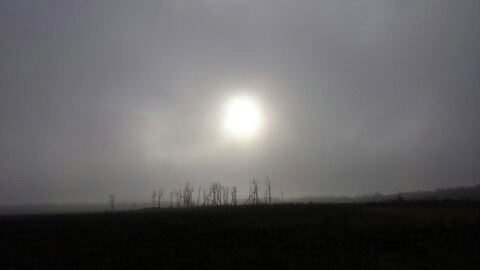 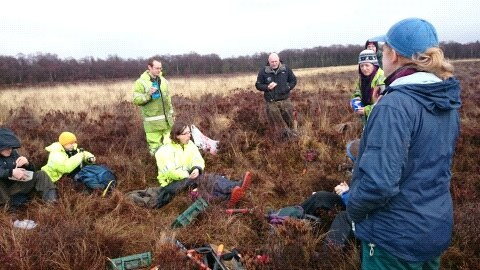 The accommodation was equiped with an excellant drying room and we took advantage to wash and dry our work gloves. David cooked up a wonderful spicy veg and cabbage curry with sponge cake and custard for desert. The next day was brighter and the work was the same. One highlight was when Chris, the ranger found a common lizard which then refused to leave the warmth of his hand and arm! 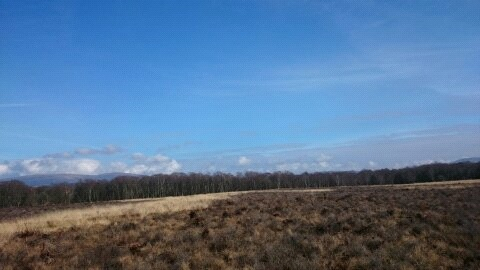 Thanks to Sarah and Willie for the long drive south, David and all his helpers for cooking, Peter for his solid porridge, and everyone who came for all their hard work. It was a pleasure to visit such a beautiful and unusual place.