Carstramon Wood is a beautiful Site of Special Scientific Interest (SSSI) Scottish Wildlife Trust (SWT) Reserve near Gatehouse of Fleet in Galloway. It consists of a canopy of Sessile Oak grown from English acorns some 2 centuries ago, ancient Beech Pollards and an understorey of Hazel, Ash, Alder and Holly. 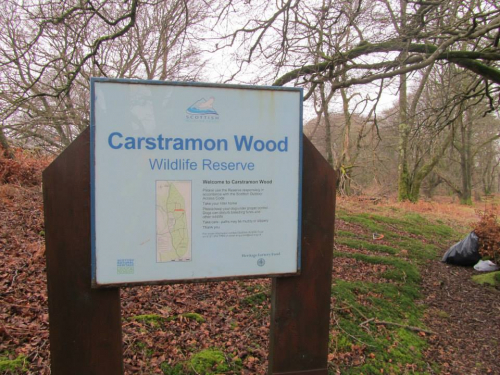 A Pollard is a tree such as Beech, Oak or Hornbeam that has been cut at head height forcing the tree to send up new, multiple shoots. The old Pollards at Carstramon were once cut like this every 10 -15 years in order to produce evenly sized branches used mainly for charcoal for local industry. This constant regrowth extends the life of trees. Pollarding stopped decades ago. The old Beeches are important for wildlife and a home for insects, plants and fungi BUT the shadows of these large Beech trees are dead zones with no undergrowth except beautiful bluebells in Spring. Left unchecked the Beeches at Carstramon would spread, eventually excluding the oaks, Hazel, Ash, Elder and Holly. So our job for the weekend was to pull up small Beech saplings and cut down young Beech trees to preserve the mixed woodland.

With the mini-bus loaded up with food provided by the catering team of Sarah McConachie and Edel Sheridan we left the shed and then St Andrews Square with Willie McSporran at the wheel. 7 other volunteers, myself, Tony, Peter, Morag, Greg, Louisa (our esteemed leader for the weekend), and Alex, joined the team for the long drive South. Stopping for chips at Moffat (bit of free nutritional advice, a cheese burger in Moffat is a deep fried battered economy burger with liquefied cheese, and is best avoided) we arrived at Loch Ken Galloway Activity centre at about 22.00. After a bit of messing about in the dark and rain we found our Chalet and settled into the 5 star comfortable accommodation for an early night. Peter was even treated to an en-suite room to himself.

We were all up early for the 45 minute drive to the work site to meet the SWT ranger Chris Archbold and his trainee Arnauld (known for the rest of the weekend as the German lad). After getting organised with a tool talk and overview of the task we climbed to the top of the hill and formed into a loose line to advance pulling up or chopping down all young Beech trees and saplings in our path. Some of the saplings were collected and saved to be replanted as a hedge by a local resident ad friend of the Ranger. Walking through the forest was a great opportunity to absorb all the sights, smells and sounds. I saw Trecreepers crawl up trees trunks like mice and then fly away. Peter saw a Red Squirrel that are common in the area but a rare sight in the wood itself. The mosses and fungi were amazing and I and others took some amazing photos, a few of which I include. 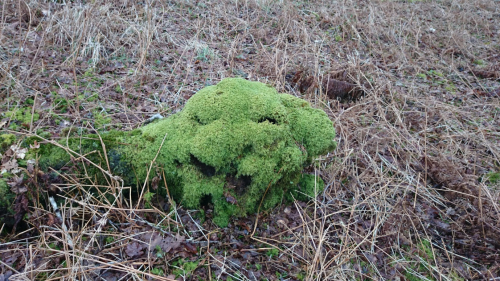 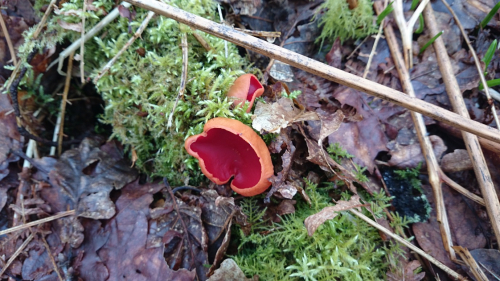 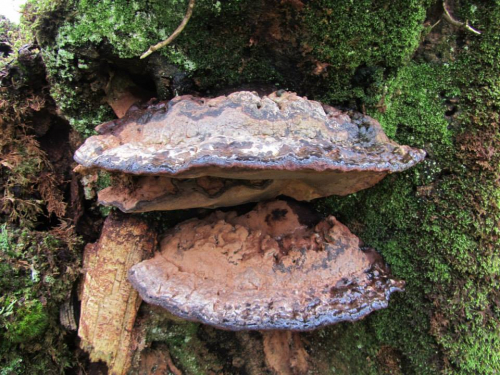 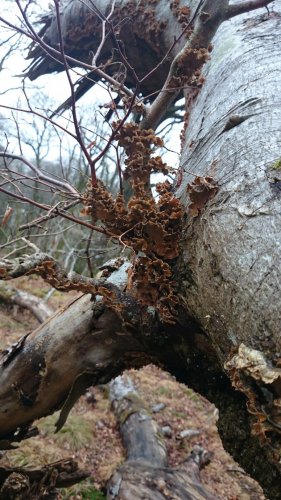 We stayed dry until the last hour of the day when the long anticipated rain finally came. We returned to the Galloway Activity Centre for fantastic vegetable chilli by Sarah and apple crumble by Edel. The only channel on TV with decent reception was CNN and most people got organised for the following day and retired early.

Driving to the work site we were graced by 7 Red Kites feeding on road kill and swooping/soaring in front of the minibus. The reintroduction programme in the area has been a great success. The work was more of the same in other sections of the wood. A huge Beech tree was chosen as base camp and some took the opportunity to remember childhood and climb it! 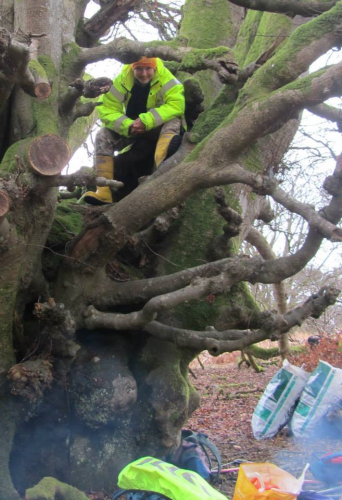 Louisa in the base camp Beech Tree. (credit: Mark Herron)

At lunch time Chris showed us Meadowsweet root which smells like germoline antiseptic and is a traditional herbal remedy for upset stomachs and headache. I collected more baby Beeches for hedge planting in my garden. 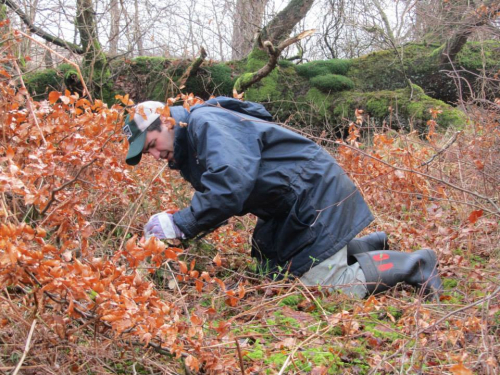 Alex battling with the Beech and winning! (credit: Mark Herron) 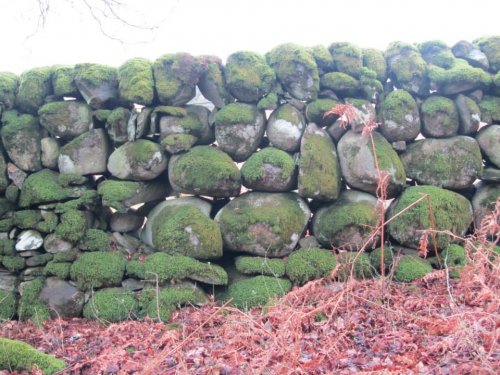 The drive back was memorable for the heavy driving snow on the motorway and Willie's expert driving skills. I was glad it had died down by the time I took over. I, and I think everyone had a great weekend in a beautiful location. The trip was funded by Colin McLeans legacy who even after his passing in 2012 is contributing to the conservation work he so loved. So special thanks to him, Louisa for leading, Sarah and Edel for catering and Willie for driving.